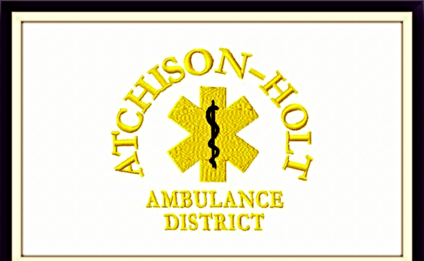 Atchison-Holt Ambulance District (AHAD) is a political subdivision, formed in 1974 by a vote of the citizens. The District is governed by an elected, six member Board of Directors. The Board members are elected from six subdistricts apportioned according to the population density within the two counties. An EMS Chief and an Assistant EMS Chief oversee the day to day operation of the district. We staff two crews, twenty-four hours a day seven days a week, consisting of one EMT-Paramedic and one EMT-Basic in each county.

Our District is comprised of  Atchison and Holt counties which encompasses about 1,007 square miles and 67 miles of I-29. Located in the most Northwestern corner of the State of Missouri we serve a population of 11,129. (as of 2006) The District includes the Craig, Fairfax, Maitland, Mound City, Oregon, Rock Port, Tarkio, Watson and Westboro Fire Protection Districts.